As told by Abigail: Jake and I met through a mutual friend. My best friend, Melissa, from college (in Nebraska) is from Illinois and went to high school with Jake. During fall break, i visited her home with her for a couple years in a row. The first year, Jake was too busy to hang out, but the second year, the three of us went out to a bar. Melissa and I left the next day, he asked her for my number, and we texted and talked on the phone for 2 years! He eventually moved to Florida for work, and I ended up flying down to visit him – we have been together ever since. Our first year dating was long distance as I was still in Nebraska – we now live together in Indianapolis! 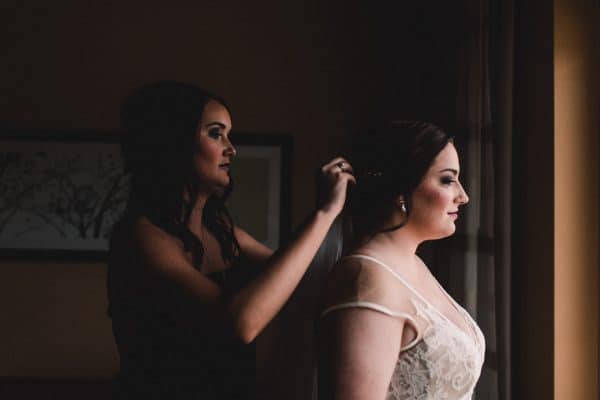 How Did He Propose?

Jake is in the airline industry so we get flight benefits. We decided the Friday after Thanksgiving of 2016 we would take advantage and go to the airport and see what flights we could get on through standby! Little did I know, he had a whole plan. We ended up getting “open seats” to Orlando (I told him if we ended up there we MUST go to Disney World – duh!). Since Orlando was where we began dating, he said we should try and get dinner reservations at our favorite spot which happened to be where we began dating. I had hunch he was going to propose, so I went along with it. Near the end of dinner, he started his proposal speech and I was over the moon! I had seen flashes from a camera behind me which I was so happy about because I wanted it to be documented. But I had NO IDEA that he had flown in my best friend Melissa to do so!! She walked around and I absolutely lost it!! The three of us ended having the most amazing weekend at Disney World and other Orlando hot spots. It was the perfect weekend with my 2 favorite people. 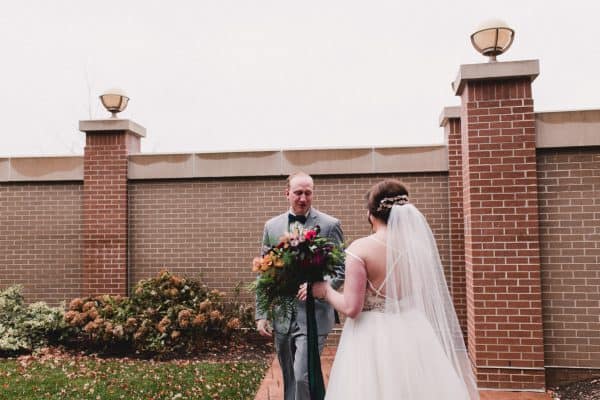 Where did you get married?

This was a hard decision for us since I’m from Nebraska, he’s from Illinois, but we live in Indiana. Originally we thought we would do something very small and intimate, take a trip with all of our favorite people, and then do a reception in both Illinois and Nebraska. That ended up turning into a big wedding in Nebraska! I’m glad we decided on this because there’s no other time in your life in which everyone you care about and who cares about you will be in one room celebrating you and your love! However, I would NOT recommend planning a wedding out of state unless you have a wedding planner who has your exact vision. It was perfect, but for sure challenging.

What is one thing you wish you knew while you were planning?

I honestly don’t have a great answer for this one. Luckily, I’m not a huge planner, so I really had a good outlook and just trusted that everything would come together in the end, and it absolutely did! One of my friends is an event planner, and she told me it looked like I did have a planner and wedding designer – that was the biggest compliment!! Now, if I were to change anything about my wedding day, it would be to know that I would get strep throat the day of the wedding. THIS IS SO MY LUCK!! Luckily, my guests had no idea I was sick and I was able to have a blast, but the next day was brutal!! I should’ve gone to the doctor the couple days before when I started feeling sluggish. Brides – take care of yourself leading up to the day! Whether it was stress, or just the time of year (November), our wedding day will always be tainted with the fact I had strep throat….one day I will laugh about this!

What advice would you give Brides?

I would advise brides to be open to anything and everything. I truly think my outlook on our wedding helped everything work together perfectly. For instance, with our flowers, I told my florist my colors, gave her some Pinterest pictures of arrangements I liked, and told her to go for it. The flowers were and will always be a hot topic from our wedding. My bouquet was STUNNING and the arrangements and bridesmaids bouquets were just as great. Go with the flow and trust the professionals.

What was your favorite moment of your wedding day?

My favorite moment from my wedding was the time between our ceremony and reception. We held both events in an Air and Space Museum which could not have been more perfect. The museum was open to all of our guests which another aspect of our wedding that people will always be talking about. However, while the guests could tour the museum before the reception, the bridal party took a bus to a nearby wine tasting room. I knew I wanted some down time with our very best friends and to get some lifestyle shots from our photographer and it turned out exactly as I wanted it!! It was so amazing to have some intimate time with those who loved us mos.

Another favorite was having Jake’s pilot buddy marry us!! He became ordained through the internet training and he couldn’t have been more perfect!! He kept it short and sweet, and said all the right things. If you have the chance to have a friend do this, DO IT!!

How was your experience at Sophia’s?

Sophia’s was phenomenal, and I will recommend them to anyone I hear is planning a wedding in the Indy area. Funny enough, I also had strep when I went dress shopping (my husband says I can never wear my dress again – it’s cursed with strep) so I wasn’t feeling 100%. I had gone to a bridal shop earlier in the day, and although I was certain I had found my dress, I was extremely turned off by the way the consultant suddenly became pushy when it came time to making a decision. It made me second guess my choice and I was so confused! They had offered a small discount but said if I took one step out the door, it would no longer be effective. I was worried my mom would be upset if I decided on that dress, but lost the discount. I knew I had another appointment that day at Sophia’s, and I’m SO glad we decided to walk out of that store. We had a completely different experience as soon as we walked into Sophia’s. People were laughing and smiling, where at the other place everything was so serious and stuffy. My consultant helped me pick out a few, but my heart was still set on the dress from earlier. I took a risk and asked if they would be able to order it despite not having the style in stores. After waiting briefly for the manager to give us an answer, we were told that yes, they could order the style I fell in love with!!! **cue the ugly saying yes to the dress tears here** I cannot thank Sophia’s enough for turning my day around and giving me an incredible experience, even if I wasn’t physically wearing the dress that I was going to wear for my big day! 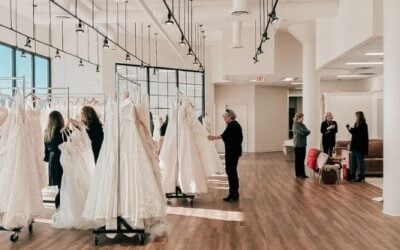 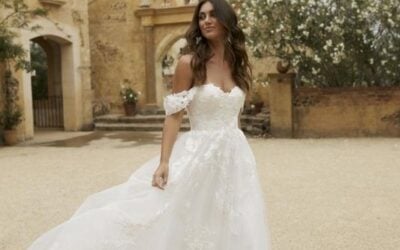 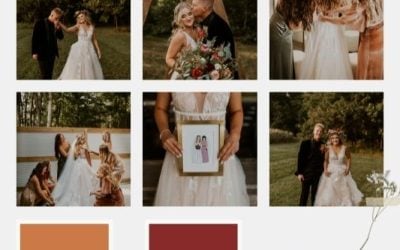