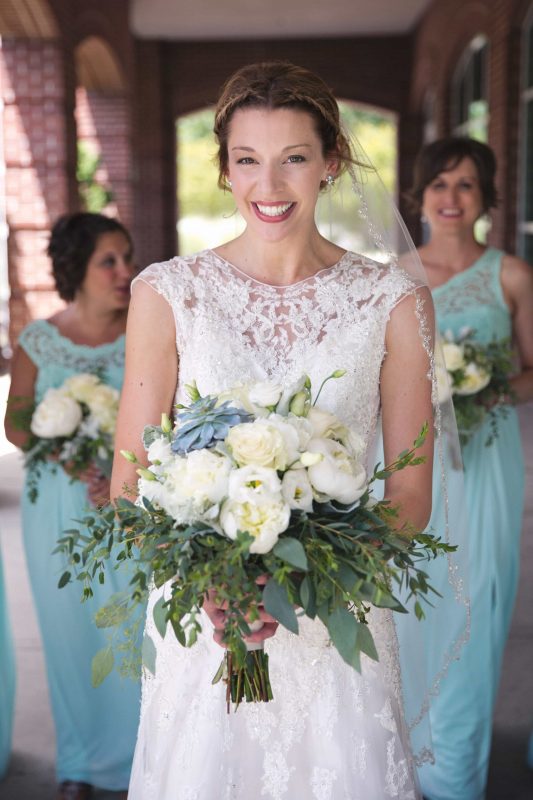 It all began at the Annual Harrell/Orange Fish Fry when Justin and Carolyn first met. A day where friends all gathered together to celebrate the final weekend before the new school year, but yet there was a hesitation from Carolyn to even attend that year. That’s where the story could have ended, but instead the journey of Jarolyn began.

Carolyn caught Justin’s eyes the moment she walked in. In fact, when she walked in Justin called “dibs” to a buddy of his, in which his response was “you can’t call dibs at a fish fry”. A little small talk here and there throughout the night got things started, with a little extra help from their friends favorite game “Have you met my friend Carolyn?”

As the evening went on, the two were set up in a game of cornhole, strategically paired up to be on the same side. The night went on and it was soon time for Justin and Aubrey to go home and get to bed. Justin made sure to say “Goodbye” to Carolyn before he left, and as he did all of their friends were trying to get the two to exchange numbers, but to their dismay they didn’t. The next morning Justin sent Carolyn a Facebook message, and the rest is history. 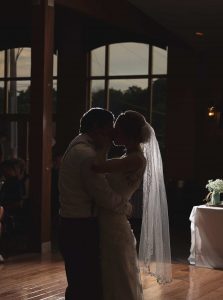 Wedding Venue: Franklin College’s Chapel ( the groom’s parents were also married there, and his father has since passed. There was a memorial table in his honor and their wedding picture was recreated by the bride and groom)
Reception: Beeson Hall, Franklin, IN
Cater: Malone’s Catering
Photographer: Jen Thomas Photography
Cake: Specialty Flavored Cupcakes were made by Simply Devine Cupcakes including: red velvet, almond wedding cake, Banana Split, and Smores!
Flowers: J.P. Parker Flowers 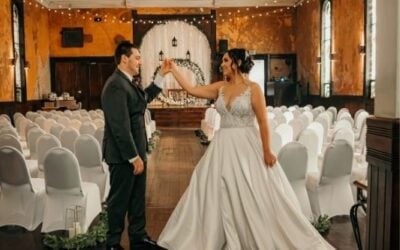 Marissa & Andrew got married on 11/20/2021 at the beautiful Sanctuary on Penn. The venue set the perfect tone for... 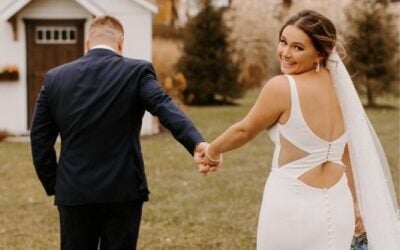 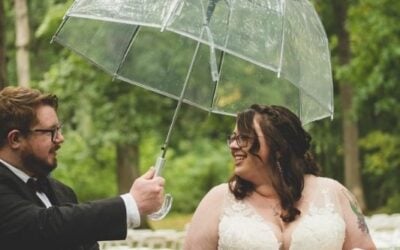 We love a moody fall wedding, and Erica and Tyler's is no exception. Although October 2nd, 2021 was a little rainy, it...