BFF = Prom Date (Without the Akwardness)

Going to Prom with a Friend … Who Pays

So, you don’t have a boyfriend, but you and your friend-who-happens-to-be-a-boy have agreed to attend prom together. You’re going to get outfits that complement each other. He’s buying you a corsage. And dinner. And the prom tickets.

But he’s not your boyfriend. And you’re not dating.

There’s something about prom that raises the stakes of this otherwise fine arrangement and calls into question everyone’s hidden motivations.

So, let’s talk about those motivations.

First, why do you feel the need to go with a friend? Attending prom by yourself or with other girlfriends is perfectly fine. You’ll have a great time dancing in big groups and listening to girls complain about being ignored by their dates. And if you’re concerned about being left out of an after party, organize one of your own!

Second, why are you letting your date-who’s-not-a-date pay for everything? It’s 2014, and why it’s a chivalrous and traditional gesture, it’s certainly unnecessary – and with the cost of prom these days, pretty unfair. If it makes you uncomfortable to have your guy friend pay, then insist on equality.

Third, have you talked through any uncertainties or uncomfortable feelings with your friend? If he’s a close enough friend to take you to prom, then he’s close enough to hear about your expectations and worries. Be clear at the outset to avoid hard feelings later.

Going to prom with a friend is all about being comfortable. If anything about the situation is making you uncomfortable, then you’re defeating the purpose of the arrangement. Best advice: Communicate honestly up front.

Then go have a great time.

← PREVIOUS: It's All in the Adornment NEXT: How to tie a bow tie - are you up for the challenge? → 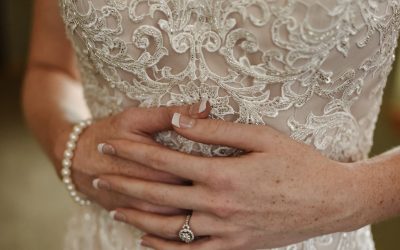 5 Ways to Incorporate Blush Into Your Wedding

Blush seems to be a popular trend for weddings these days! The subdued but dainty color has been winning the hearts...

Style Squared: How to Fold Your Pocket Square

Pocket Squares are still very popular in weddings today. They help add that perfect pop of color to bring your... 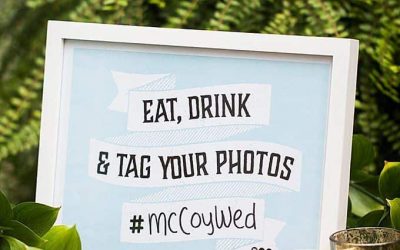 HASH TAG THAT WEDDING! We all know it's not official unless you hashtag it right?!  Wedding hash tags are all the rage...